The Next Right Thing
August 11, 2020
Kate Fisher
What does Frozen 2 and the past year have in common?
Well… If you are super analytical, a lot. But personally, I’m referring to this:

ok, ok. It’s a bit dramatic. But in some ways…fitting

So the past year has been…. trying.

My husband and I began directing our first Discipleship Training School Last September. We had carefully planned for it for over a year, teachers, students, staff, all the things. Then, 2 weeks into the school, the political unrest that Haiti has been in since 2018 reared its ugly head and we had to change many many plans. Most of the teachers couldn’t come, we had to re arrange the whole schedule, and we had to stay on campus for weeks on end.

Fast forward to outreach. It wasn’t what we wanted for our students. Most of the outreach was close to home, we never got the chance to leave Haiti.

Then, In March we were optimistic. After an emotional few months, our family came to the US for a much needed break and to get paperwork in order for the future Port of Peace campus. A week after arriving in the US, most of the country went into quarantine. And then Haiti closed its borders. And then our daughter’s passport renewal got help up. And then, and then, and then.

Seriously, it was like that book series “A Series of Unfortunate Events.”

So what does this have to do with that song from Frozen, you ask? I’m almost there, promise.

During this whole time, I’m not going to lie. I was an emotional mess. Stress, anxiety, frustration, anger, sadness… you name it, I had it. But, I’m only human. With human emotions.

But with each unfortunate event, God gave me the strength have all the emotions, stop and talk to Him, then just do the right next thing. Was it easy? No. Did I probably sit in my emotions a bit longer than I should have? Sometimes. Could I have done it on my own? Oh heck no. The only way I was able to find that next right thing was to seek God and find confirmation in what that “right thing was” And guess what? He completely blessed even single event.

Our DTS was amazing. We were able to love, disciple, and become family with our 12 students. Being in such circumstances brought us closer and helped us to be vulnerable with each other, and God moved powerfully in their lives. Some of the students decided during the school to become our first four staff members!
Yeah, we were hoping to build Homes in both Haiti and Jamaica, but we were able to serve and impact our own home town in profound ways during a difficult time, and show those we impacted the love of God in real tangible ways. We were able to visit Port de Paix in the new year and worked on what would be the template for our future ministry in the town, and made connections that will be so important later on.

When we came to the US, we didn’t exactly realize how much the previous months had tired us out, and we were VERY burnt out. But during the past few months we hav had time to pause, reflect, regroup and were able to start having virtual meetings with our staff. Plus our staff were able to use the time to build skills that will helpful when we return to Haiti. ALSO, during our stay we discovered that my sister was expecting her second baby, and we had the opportunity to welcome our little niece into the world yesterday.

So, even though the circumstances were rough over and over again, being faithful to God and asking Him what that Next Right Thing is allowed the blessing of this looooonnngg season of things being changed and different than we expected, He blessed every moment.

So, maybe next time you feel like you a living out a Series of Unfortunate Events book…

Have the emotions, be human. (Its ok!)

Then pause, talk to God
​
​And do the Next Right Thing 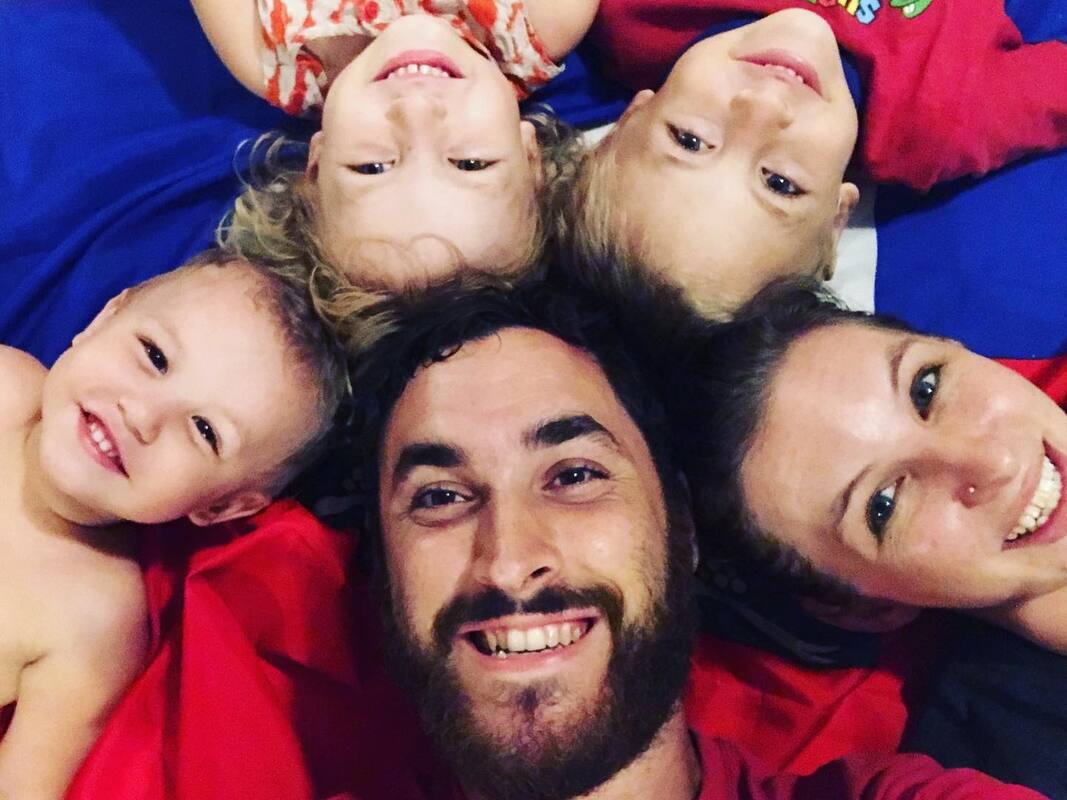